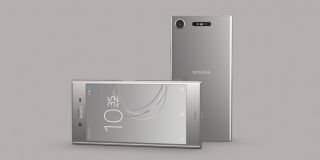 Sony has used IFA 2017 to announce two new phones for its flagship family, including the HDR-capable Sony Xperia XZ1.

They are joined by HDR support for the first time at this level too, which works with content from Amazon Prime Video at launch, with Netflix support to follow.

While it replaces last year’s Xperia XZ, it will run alongside the XZ Premium, which packs a 4K HDR display and was announced at MWC 2017.

As we’ve come to expect from Sony phones, high-res audio support is also on board here, with its proprietary DSEE HX tech for upscaling compressed recordings. The speakers have had a tweak too, and now pack S-Force Front Surround for louder sound without headphones

Away from the AV side of things, the phone features Qualcomm’s Snapdragon 835 processor backed up by 4GB RAM, with Sony’s latest 19MP Motion Eye camera handling photos.

It comes with a few interesting tricks up its sleeve, including super-slow mo video at 960fps and Autofocus Burst, which will track moving objects and keep images really sharp.

More interested in selfies? They’re handled by the 13MP front-facing camera, which packs a display flash for clear pictures in any light.

As for storage, that’s still TBC, but we’re expecting it’ll be at least 64GB if last year’s phone is anything to go by. It will, in any case, be given a helping hand thanks to a microSD card slot.

Alongside the XZ1, Sony also announced the XZ1 Compact, promising a lot of what its big brother offers, just in a smaller body.

That means the same Qualcomm 835 processor, the same 19MP Motion Eye camera and the same RAM. It even looks the same, with a premium metal design and a sturdy Gorilla Glass 5 screen.

One notable omission? HDR. Its 4.6in display is vanilla Full HD.