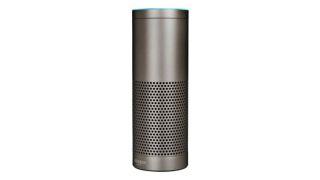 Ahead of Amazon’s Black Friday sale, which will run from Friday 16th until Sunday 25th November, the retail giant is offering a deal on an ‘Alexa Birthday bundle’ to celebrate its voice assistant’s fourth birthday.

The package includes an Echo Plus (1st generation), Echo buttons, a Woox smart plug and a Philips Hue white bulb for £99.99 - a hefty saving of £85 over the regular price. The deal is live now and will end this Friday at 9am.

Like last year, more of Amazon’s Echo smart speakers will no doubt feature in its Black Friday sale, which will see thousands of deals across consumer electronics.

During the period, there will also be ‘Deals of the Day’ every day, as well as ‘Lightning Deals' - products available at a discount, in limited quantities, for a short period of time.

Until then, you can see our picks of the early Amazon deals that are available right now. Or overlook Amazon completely and save £20 on Apple's HomePod.