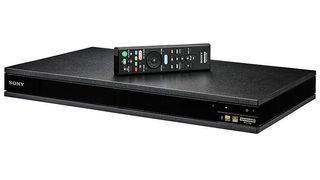 This may not be the cheapest 4K Blu-ray player you can get in the Prime Day sales (that goes to the £75 LG UBK80 and £119 Panasonic DP-UB150EB-K), but if you're looking for a budget player whose talents are absolutely guaranteed, the five-star Sony UBP-X800 is the Prime Day deal for you. It's on special offer for Amazon Prime Day.

The fully-featured disc spinner can be yours for £170, down from its £400 original price when we gave it top marks back in 2017. Despite the passage of time, its specs and picture quality still stand up to scrutiny. It supports HDR, Dolby Atmos and DTS:X sound, and the images it produces are crisp, detailed and suitably vibrant.

It’s both Wi-Fi and Bluetooth-enabled. The player comes with direct access to streaming services — Netflix, Prime Video and YouTube in 4K — and you can send out the audio to a pair of headphones or a wireless speaker. For any unsupported video apps, Android users can stream content from their mobiles with Miracast.

And when it comes to hard connections, there’s a USB input and two HDMI outputs for sending the audio to a sound system and for feeding the picture straight to a projector.

The deal lasts until Tuesday 16 July, so if you want to get your hands on one don't hang about.