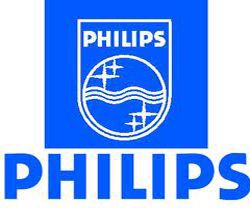 Breaking news... Philips, which has already re-structured its TV business in a joint-venture deal with TPV Technology in China, is now to sell its Lifestyle Entertainment business to Funai in Japan for €150m.

The move follows the announcement of a fourth-quarter net loss of €358m in 2012, compared with a €162m loss in the fourth quarter of 2011. Despite steadily reducing its exposure to consumer electronics over the years, Philips has struggled to generate sufficiently larger profits from the business.

In effect, this latest development ends Philips's long-standing history as an independent consumer electronics company. In the 1930s, Philips was the world’s biggest supplier of radios. The Dutch company invented the audio cassette in 1963, made the first videocassette recorder in 1972, and launched the compact disc in 1983 before going on to develop the Digital Compact Cassette (DCC) in the 1990s.

The Lifestyle Entertainment business comprises all of Philips's audio, video, multimedia and accessories products such as headphones, wireless hi-fi and speaker docks. Once the deal goes through, it will leave Philips to focus on its profitable healthcare business.

Under the terms of the deal, Funai will pay €150m in cash and a brand license fee for an initial five and a half years, with the option to renew it for a further five years. The deal is expected to be completed in the second half of 2013.

Funai already licenses the Philips name for TVs in North America, having bought the Dutch company's TV operations there in 2008, as we explained in this blog from 2010. Last year it did a similar deal to take over the Philips audio business in America.

"With this transaction we are taking another step in reshaping the Consumer Lifestyle portfolio and transforming Philips into the leading technology company in health and well-being," says Philips CEO Frans van Houten.

"I am confident that today's agreement with Funai, our partner for more than 25 years, will create a promising future for Philips Audio, Video and Entertainment, and continuity for our customers. It will leverage Philips's strong brand, strength in innovation, and leadership in those businesses, with Funai's strong presence in North and Central America – and Japan – and its supply and manufacturing expertise."

The Philips Lifestyle Entertainment group currently has its HQ in Hong Kong and employs 2000 people wordlwide. "Philips has a proud heritage in audio, video and accessories and today's agreement with Funai ensures the business can continue to deliver great Philips-branded innovations to consumers," Philips adds.