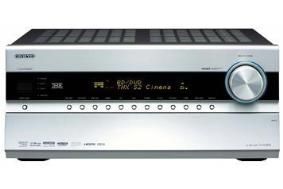 The remote control app will work with Onkyo's upcoming range of network AV receivers, as well as many current and older network models, provided your receiver is connected to a wireless router via ethernet.

The app will give you full functionality control on your portable, as well as incorporating gesture controls and allowing users to browse Internet radio stations and access connected NAS devices.

Further details on the Onkyo Remote Control App for iPhone/iPod Touch will be released early in Q1 of 2011.