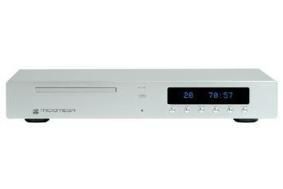 The range will be distributed in the UK by Absolute Sounds, through its network of specialist dealers.

Founded in the 1980s, Micromega launched its top-loading CD-F1 Hi-Tech CD player in 1987, followed by its first CD player with separate transport and DAC the following year.

The company is now under new management, having been bought by Didier Hamdi, a former motorcycle racing world champion and founder of several electrical engineering businesses (including the company responsible for the flash lighting of the Eiffel Tower).

Micromega's founder, Daniel Schar, now leads the firm's R&D department, along with some of his key colleagues.

Each component is designed and manufactured in France, and available in black or silver. The full range is as follows:

Find out more about Micromega's plans in our special blog