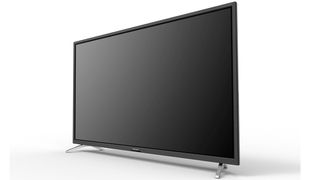 Sharp has gone Android at IFA 2019 and added two affordable TV ranges which will feature the Google-based smart platform and all the on-demand video apps that any user could need.

There are seven Android TVs altogether between the Sharp BL series and the Sharp BN series and the highlights for these 4K HDR TVs include having Google Assistant and Chromecast built in as well as Harman Kardon speaker systems.

The major difference between the two ranges is that the later-arriving BN series will come with Dolby Vision HDR, alongside HLG and HDR10, and will be Dolby Atmos compatible too.

The addition of a solid and easy to use smart TV platform is set to be a bonus for Sharp TVs which already offer some bang for buck. Now replete with over 500,000 apps (Rakuten, Play Movies, Netflix, Prime Video, etc) and both voice and smart home control, Sharp is hoping to win over hearts and minds as well as budgets.

At the same time, Sharp is showing off the world's biggest 8K LCD TV at IFA 2019, as promised. Standby for more on the 120in display when we get a closer look.

The Sharp BL TV series will launch in Q4 2019 and will range between £329, for the 40in model, to £629 for the 65in version, with 50in and 55in sizes in between. The specs include four HDMI sockets, three USB, Dolby Digital and DTS Virtual: X support. The Sharp BN TV series will launch in early 2020 with 50in, 55in and 65in models with two further Sharp ranges lined up for the same calendar year.

As for sound, Sharp has unveiled two soundbar systems just short of the £200 mark. The first is the Sharp 2.1 Premium Soundbar HT-SBW310 which arrives in Q1 2020 for £175. It’s designed as an upgrade to relatively dumb TVs with a built-in TV tuner of its own and access to smart features including Alexa voice control. On the audio front, it’s got two internal Class D amplifiers powering 2 x 2.5in main drivers and a tweeter. The sub comes in either 60W or 100W varieties.

More immersive, however, is the Sharp HT-SBW800 5.1.2 soundbar which brings all those channels into a main unit and a wireless subwoofer. The drivers are integrated into the sides and top of the bar, as well as the front, and there’s Dolby Atmos to show off the mighty sound projection which Sharp is convinced it can handle.

There are HDMI 2.0 inputs and outputs with 4K passthrough and connections for optical, coaxial and an aux line too. You’ll be pleased to read that the Sharp HT-SBW800 is available now for £200 but a multi-room version will be available in 2020 thanks to future DTS-Play Fi wireless streaming integration.

Lastly, Sharp has bolstered its Bluetooth speaker range at IFA 2019. The Sharp GX-BT60 is a pocket-sized stereo speaker with a 10-hour battery life, IPX67 splashproof protection and both Siri and Google Assistant support. It will retail at just £15 from January 2020.

The PS919 (130W) and PS929 (180W) party speakers offer considerable more oomph and waterproofing as well as an LED light show for £60 and £69. While the Sharp XL-B615D (70W) Smart Micro Sound System is a FM/DAB radio, CD player and Bluetooth player in one. It can stream from Spotify, Amazon Music, Napster or Deezer and tune into the thousands of internet radio stations. It will retail at £85 Q1 2020. The DR-I470 Pro (30W) is a stereo internet system and digital radio combo which brings a little less of the same for £69.