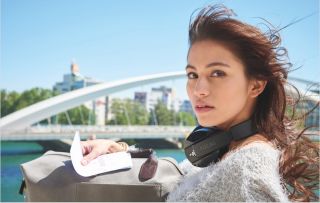 Focal has a decent reputation when it comes to headphones, so it's nice to see three more models from the company.

The first is a wireless version of its Listen headphones, the Listen Wireless. The general design of the headphones remains the same, but where the original Listens had a brushed-steel look, the Wirelesses have a scratch-resistant, lacquered, black gloss finish.

They have Bluetooth 4.1 compatibility, with aptX, and can hold eight devices in their memory (with two being able to connect simultaneously). They have a range of about 15m, and Focal claims a battery life of 20 hours.

Playback controls and Bluetooth pairing are on the housings, split into three clusters along the headphones.

The Focal Listen Wireless will be available in July, priced at £220.

MORE: Bluetooth 5: everything you need to know

Focal has also announced wired and wireless versions of its Spark headphones.

The Spark and Spark Wirelesses are available now, in black and silver finishes, for £60 and £90. Blue cobalt and rose gold versions will be available in July.

Focal is also releasing an update for the 2015 Sphear headphones, the Sphear S, which will be available in July for $£110.