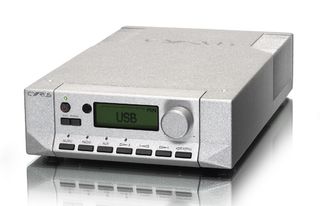 Cyrus is further expanding its range of streaming hi-fi products with the introduction of the £1250 Stream Xa uPnP (universal plug and play) network music player with internet radio.

At the same time, it is offering discounts on selected streaming models as part of the company's 30th anniversary celebrations.

TuneIn internet radio is also part of the package, providing access to more than 80,000 radio stations around the world.

Users can operate the Stream Xa either using the free Cadence iOS app (an Android version will folllow), or the supplied n-remote control. The latter has infra-red learning capability so can be programmed to operate numerous other products.

Like all Cyrus's products, the Stream Xa has been developed and built in the company's Huntingdon factory and uses the familiar HA7 die-cast non-magnetic chassis. The casework has a bead-blasted aluminium finish in black or quartz silver.