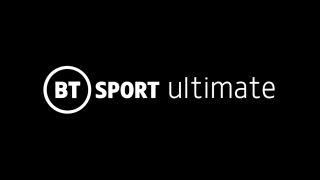 Getting excited for the start of the new Premier League football season? Allow BT to ramp things up an extra notch with the launch of a new TV channel: BT Sport Ultimate.

OK, it's sort of a rebrand of the existing BT Sport 4K UHD channel, and will indeed replace it, but it is the new home of football on BT, and will be broadcasting live matches in 50 frames per second 4K Ultra HD and with Dolby Atmos.

BT Sport Ultimate will launch, well, now, just in time for the new season and will show BT's Premier League matches, plus a selection of Champions League and Europa League matches, with the promise of more 4K content to come. The first match will be Sunday's FA Community Shield match between Manchester City and Liverpool.

Available on smart TVs, laptops, Xbox, PlayStation, Apple TV, tablets and phones, BT is keen to point out the benefit of HDR on mobile, which it says will maximise "the colour and definition capabilities" of its live football coverage. And in fact, it's only on mobile (for now), via the Android and iOS apps, that you'll be able to watch in HDR.

You'll need to be a Max 4K TV package customer to get the new channel, which will also be made available free of charge to EE mobile customers.

The major UK TV broadcasters have been looking to bolster their 4K offerings of late, with Virgin recently announcing it will be adding Sky 4K channels in 2020.