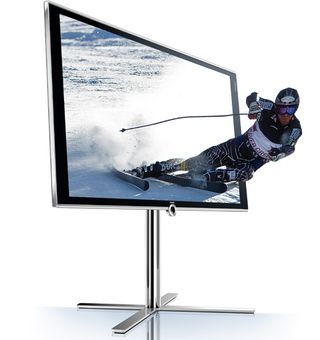 The rumours around Apple's plans to launch into the flatscreen TV market continue to swirl, with AppleInsider reporting that the technology giant is considering buying upmarket TV manufacturer Loewe.

Apple is expected to launch its own TV range sometime in 2012/13. The sets may have AirPlay and Siri voice control built in.

A source told AppleInsider that "Loewe has been advised by its financial adviser to accept the offer and a final decision is scheduled to be announced before May 18th".

Given both companies' premium product ranges, a deal would seem logical. Loewe has already developed the AirPlay-enabled SoundBox dock, so has some experience of Apple technology.

Apple has refused to comment on the story, but Loewe has issued this short statement: "Loewe maintains sales relationships with Apple in Europe for the successfully launched AirSpeaker. Also Loewe extends through the Apple iPad the functionality of Loewe televisions.

"However, the Loewe management has currently no information that Apple wants to participate financially in the company."