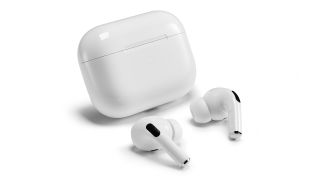 Last month, US headphone giant Koss filed a lawsuit against Apple for a number of patent infringements – and now Apple has hit back, claiming that the allegations are not only "baseless" but break a confidentiality agreement signed by the two companies during their earlier discussions.

Koss, which was founded in 1958 and is behind the world's first "stereophones" (basically a pair of over-ear headphones), accused Apple of infringing five of its patents that mostly concern methods of interpreting digital music received wirelessly from a digital music player. One relates to how music streamed from an online service, via a home wireless network, is received.

The two companies have already met four times over a two-and-a-half-year period, in which Apple has not admitted liability, according to Koss' lawsuit. However, Apple has replied to Koss' five-point patent infringement lawsuit by countersuing with six points (which you can read in full here). The first five ask a court to rule that Apple did not infringe the patents laid out in the original lawsuit, while the sixth claims that Koss suing in the first place is a breach of contract which invalidates the lawsuit.

When Koss approached Apple to engage in licensing discussions in 2017, the two parties entered into a written Confidentiality Agreement, reportedly insisted on by Koss, which agreed that neither company would "use or attempt to use any Communications [between the parties], or the existence thereof, in a litigation or any other administrative or court proceeding for any purpose," as highlighted in Apple's filing by Patently Apple.

"In other words, having enticed Apple to participate in discussions, reveal information, and forego some of its legal options, Koss could not use Apple's participation against it as a "gotcha" to bring claims in a later litigation."

That is, however, “exactly what Koss did," suggests Apple's countersuit, which has just been filed with the U.S. District Court for the Northern District of California San Jose Division. As Koss' patent lawsuit was filed in the U.S. District Court of Waco, Texas, it's probable that, as speculated by 9to5Mac, the Texas court would await the outcome of the Californian case before it makes a ruling.

Apple HomePod 2, HomePod Mini: release date, leaks and all of the news