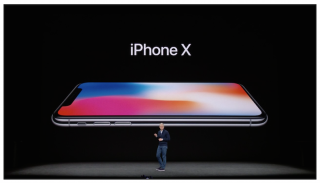 Cast your eye over the specifications for the recently launched iPhone X and iPhone 8 (and 8 Plus) and you'll find a new addition to the list of audio formats supported. In amongst all the usual suspects is FLAC, a feature that was spotted during the initial trials of a new iOS back in June.

The fact the specs of the iPhone 7 and 7 Plus also now show FLAC support would seem to suggest that it's coming as part of iOS 11, the latest version of Apple's operating system which is due to launch for download on 19th September. Could hi-res audio support be on the horizon too?

However, there's no mention of the file format on the respective pages for the iPhone 6S or 6S Plus, so it doesn't appear to be a universal roll-out.

Also, it looks like it's a case of one format in and a couple out. Neither WAV or AIFF (which was Apple's own uncompressed format) is listed on the supported formats for the new handsets, or the previous generation.

7 of the best iPhone headphones