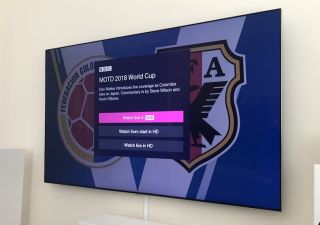 The BBC's 4K World Cup trial is in full swing, but you need a compatible TV to watch it on. Either that or a compatible device such as the Virgin TV V6 set-top box and Roku Streaming Stick+.​

Now, you can also add the Sony PS4 Pro to that list. Following a recent update to the console's BBC iPlayer app (version 2.0), you can now access the BBC's live 4K trial of the tournament.

Initial reaction to the Beeb's delivery of the action has been mixed with some viewers (including ourselves) blown away by the picture while others have been left disappointed. Here's hoping the PlayStation can deliver...