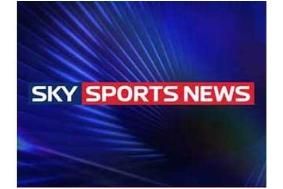 Sky Sports News will launch its high-definition service on August 23rd, following the withdrawal of the Sky Sports News channel from Freeview. It will be subscription-only on Sky and Virgin Media.

Sky Sports News will no longer be shown on Freeview after Sky announced the channel is to become subscription-only. Sky will also be launching a new Sky Sports News HD channel.

BSkyB, which launched Sky Sports News on Freeview in 2002, is to replace the channel with a one-hour-timeshifted Sky 3 +1 service later this year.

The move looks to signify a change in approach for BSkyB, which previously saw the benefit of a free-to-air channel for introducing the Sky brand to a wider audience, while also picking up increase ad revenue.

BSkyB will keep its presence on Freeview when it rebrands the Virgin 1 channel as part of its takeover of Virgin Media TV.