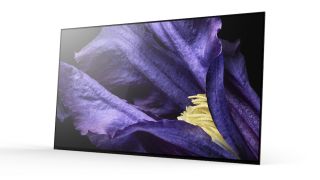 Sony announced its new Master Series of TVs back in July, but one key piece of information was missing. Pricing. Just how much would these flagship LCD and OLED TVs cost?

Well, Sony has chosen IFA 2018 to reveal all, and the good news is the pricing seems perfectly reasonable.

That's around the going rate for a flagship 4K OLED TV and matches rival models such as the LG OLEDE65PLA pound for pound (at the time of writing, at least).

Sony's ZF9 range of LCD sets is also only available in two screen sizes - in this case, 65in and 75in. The former will cost around £2799, while the latter will set you back £4999. Again, these aren't astronomical amounts when you consider the flagship specs of both of these ranges.

Of course, we'll have to wait until we get the TVs in our test rooms to give our definitive verdicts, but our first impressions of both the KD-65AF9 and KD-65ZF9 were extremely promising...