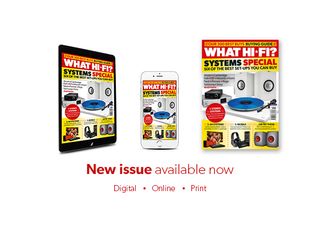 Much like making a cake, building a hi-fi or home cinema system isn't as simple as buying good ingredients. You also need to make sure those ingredients work well together.

Unfortunately, chucking a bunch of five-star products into a set-up and letting them loose with your music and movies won't always deliver good results.

So this month’s issue of What Hi-Fi? is all about sonic synergy. We’ve put together four music systems - built around a variety of sources - and two home cinema systems that really do work. How do we know? We've tried and tested them.

HDR comes in many forms – which is the best?

This month we’ve put the two most prevalent – HDR 10 and Dolby Vision – side-by-side, and endured Despicable Me countless times, to draw our initial impressions and comparisons. The kit: an LG OLED TV and two Oppo 4K Blu-ray players. The verdict: not what you might expect.

£500 AV receivers: a familiar field for three familiar brands. Denon, Sony and Yamaha get into fisticuffs once again in the bid to prove why their latest feature-packed fare should sit at the helm of your home cinema system. Even at this budget, there is 4K HDR, Dolby Atmos and network streaming to be enjoyed. But only one can triumph, and we can tell you that it sits proudly on page 59 of the magazine.

Your speakers are in place, the last wire has been laid, and now you're dying to hear that your money has been well spent. Good! Because we've scoured The Wide World Of Music to hand-pick eight songs that will truly reveal what your speakers are capable of, from their dynamic skill to their bass control to their rhythmic aptitude. We'll dangle the carrot: a new Thundercat tune is one of them.

Wireless is the way

We’ve long been fans of the KEF LS50 standmounters – and so have you, judging from their multiple Reader’s Awards. So what if we told you they'd become wireless? Powered hi-fi speakers are on the rise, and we don't blame KEF for wanting in. But to what leve of success has the company cut the cord here?

Naturally, it's business as usual on the reviews side, with plenty to guide your shopping habits - including Naim's Uniti Atom streamer, a new Project Essential turntable, and the sixth iteration of Monitor Audio's Silver speakers. And we also try to tease that green-eyed monster out of you by giving you a sneak peek at some of the best readers' systems shared on social media.