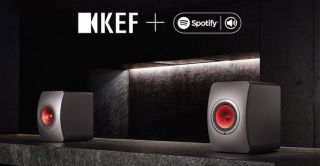 We already thought the LS50 Wireless was impressive enough to give it a 2017 Award, but with Spotify often the first go-to streaming service integrated into a network hi-fi system, what with its 60 million subscription base, Spotify Connect on the LS50 Wireless certainly further broadens the system’s appeal.

To activate Spotify Connect, LS50 Wireless owners will have to update both their speaker’s firmware and the accompanying Android and iOS app.

Spotify Connect: What is it? How can you get it?