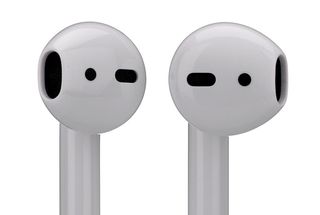 According to KGI analyst Ming-Chi Kuo, Apple is planning its own brand of high-end, over-ear headphones which could launch before 2018 is out, as reported by AppleInsider.

The root of this prediction is a memo sent to Apple investors, which promises an "all new" design. Alongside the predicted upgrades to the AirPods, such as waterproofing and 'Hey, Siri' support, we could see a new line up of Apple headphones.

Kuo says Apple is aiming to deliver a product with the convenience of AirPods, but with better sound. Which means it's almost certain they'll have the W1 chip for fast-pairing with Apple devices.

Competing with Apple's own Beats brand on price seems unlikely. Currently, Apple's AirPods are priced at £160, while the Beats Solo Wireless 3 started at £250.