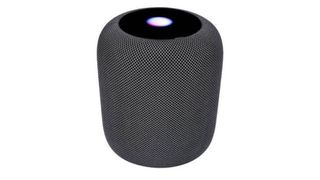 If you got money for Christmas and are edging towards spending it on a smart speaker, we may well have found just the deal for you.

The popular Apple HomePod has just returned to its Black Friday price of £229 at Currys and John Lewis thanks to a £50 price cut.

The HomePod is very much a for those wedded to the Apple ecosystem, but if that's you then it represents the best-sounding smart speaker currently on the market.

It features impressive auto-tuning, which works out where the speaker is located and optimises the sound depending on its surroundings, and backs it up with a weighty, authoritative and enthusiastic performance.

Even if you ignore all of its smart functions, the HomePod holds its own as a mid-range wireless speaker, so the fact you can now buy it with a £50 discount only strengthens its cause.