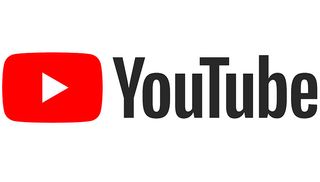 Alongside Spotify, Tidal, Deezer, and Amazon Music, YouTube has been one of the major platforms on which people listen to music. Now, having signed a deal with Sony and Universal Music Group (according to Bloomberg), YouTube is set to launch its own streaming service in 2018. It's likely to be called 'Remix'.

This means YouTube has signed a deal with each major music label - Warner Music Group signed with the company earlier this month. The deal reportedly means artists will receive better royality rates from streams, and the platform will be more stringent when it comes to user-uploaded content.

This will be the third time that Alphabet (the parent company of YouTube and Google) has tried to enter the music streaming service, following Google Play Music and YouTube Red (which is only available in Australia, Korea, Mexico, New Zealand, and the United States).

While Google Play Music and YouTube have been rumoured to be merging for a while, it's unclear whether this new deal will mean the UK sees a greater expansion of YouTube's services.

And with the stranglehold it seems Spotify has over the competition - and with Tidal running out of money - it's going to take something big to break through to consumers who are already content with the services they know.

YouTube to MP3 ripping site taken down by music labels