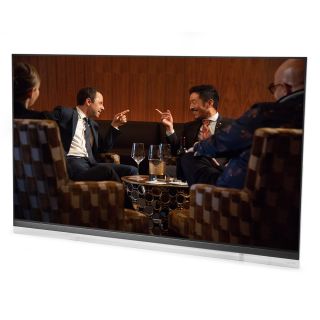 OLED TVs have come a long way in becoming viable options for the living room. Once (six or so years ago), they cost several thousands of pounds. (Ironically, the first we tested was from Samsung, who, infamously, is now one of the only big TV players out of the OLED TV game.)

Today, OLED TVs are just about breaking the sub-£1000 mark. The panel technology isn't exactly mass market yet, with the majority of 4K TV buyers settling for cheaper LCD sets, but it soon could be – and perhaps as early as next year.

The reason is two-fold. Firstly, it's likely we'll see 48in OLED TVs on shelves for the first time – and smaller screens naturally brandish more affordable prices. And secondly, and most crucially, the mass production capacity of Inkjet-printed (IJP) OLED display technology is set to rise as much as 12-fold from 2020 through 2024, according to IHS Markit (via DigiTimes).

The IJP OLED market is set to prosper as Japan-based JOLED Inc. reportedly becomes the first OLED panel suppler to move from trial to mass production. Analysis suggests the manufacturer can cut the costs of producing a 65in OLED TV by up to 25 per cent compared to traditional WOLED (white OLED) production.

“Despite years of competition with LCDs in the market for high-end displays of all sizes, OLED market penetration remains limited because of its expensive production costs. However, IJP has the potential to dramatically reduce manufacturing expenses, making OLEDs more cost-competitive with LCDs in products including televisions and displays for computers and tablets,” said Chase Li, senior analyst at the London-based analyst firm.

So will we see an influx of three-figure OLED TVs next year? One can pray, although it's unlikely we'll see brand-new models enter the market at such prices for some time, with the most attractive prices saved for year-old or two-year-old models. By the sounds of it that could well be the case by the 2024 Olympics, though!

But why wait? With OLED TV prices coming down at both the existing lounge-friendly 55in and 65in screen sizes (as affordable as £999 and £1589 respectively), and Amazon Prime Day all but promising bigger OLED TV discounts, there's arguably no time like the present to invest.