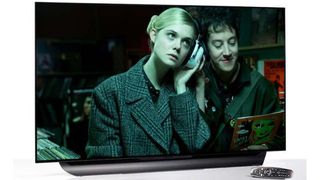 Good news, TV technology fans - OLED TVs are about to get much more attainable. LG Display, which makes OLED screens for all the big OLED TV brands, has announced it will be adding a new, smaller screen size to its panel line-up; a 48 inch.

OLED TVs currently only go as small as 55 inches, so if you're in the market for a new TV with what's widely accepted as the best screen technology right now, you have to go big, and spend the money to match.

A 55in OLED for £999/$1999 is about as cheap as OLED TVs get right now - and that's with a healthy discount - but if the big brands are given the option to release 48-inch OLED TVs, we can only assume that price of OLED entry will drop further.

The news was released by LG Display at the OLED Korea conference, reports OLED info. It wasn't clear when the smaller OLED TV screens would be made available but clearly LG Display is confident it can produce smaller screens with a high enough yield to make it feasible.

Smaller OLED TVs have been produced in the past but not in large numbers for mass market consumption. Similarly there have been smaller OLED screens on sale, but only in the shape of monitors.

LG Display also said it would be upping total production of OLED TV panels to around 10 million in 2021, an increase from 3 million in 2017. This would also include 8K OLED panels in 65-inch and 77-inch sizes, joining the previously announced LG 8K TVs.

Looks like it could be a big year for OLED, and with Samsung's 2019 QLED TVs off to a strong start, a smaller, more affordable screen size could come in handy.