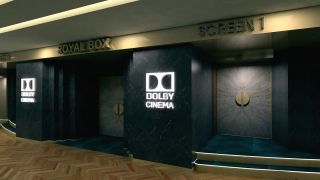 Odeon has announced it is opening the UK’s second Dolby Cinema screen in spring.

The Odeon Luxe Leeds Thorpe Park will be based within The Springs retail and leisure park in Leeds, and will join the Odeon Luxe Leicester Square (which reopened in December) as the only Dolby Cinema screens in the UK.

Another one of those ten screens will feature a Odeon iSense screen taller than three-storey building, curved to enhance light reflection, also with 4K projection and Dolby Atmos surround sound.

Senior director of Dolby Cinema Europe Julian Stanford said: “We’re delighted to be expanding our Dolby Cinema footprint in the UK by launching at Odeon Luxe Leeds Thorpe Park, a new attraction which will give the local community an opportunity to experience the unparalleled cinema magic that a Dolby Cinema delivers."

The partnership between Dolby and Odeon Cinemas Group will see another five Dolby Cinema sites open across the UK "over the next several years".