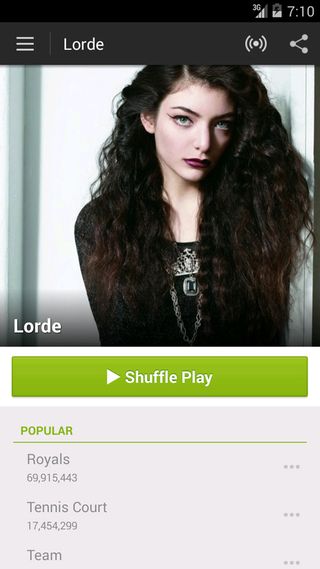 Spotify has announced that is now available free of charge on all platforms. However for smartphone users there is a slight catch, in the form of Spotify Shuffle.

Users can search for an artist as normal, but the service only allows shuffled playback of their tracks; you can't select which song you want to listen to.

However, once you come across a song you like, you can then add that to a new playlist. Spotify is keen for people to use playlists, suggesting it's the most prominent way in which people listen to music on Spotify.

Playlists that users create can also be streamed on a smartphone for free, but once again, on a strictly shuffle basis only.

The ability to stream and download music in higher quality is still reserved for subscribers paying the £9.99 monthly fee, as is the ability to select specific songs to listen to.

However, a Spotify spokesman has confirmed to whathifi.com that users wishing to use Spotify on products such as Sonos, Samsung TVs, the Now TV Box and compatible AV receivers, will still need to subscribe to the Premium service.

In addition to the Shuffle update, Spotify CEO Daniel Ek also announced that Spotify now has exclusive streaming rights to the entire Led Zeppelin back catalogue. Two albums will be made available every day this week.

MORE: Best smartphones to buy in 2013