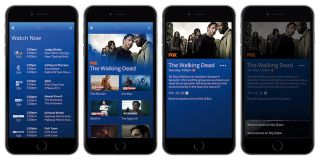 Sky has filled a gap in its Sky Q offering, today launching a Sky Q mobile app for Android and Apple phones. The mobile app sits alongside the existing Q app for tablets.

The Sky Q mobile app will allow you to set remote recordings, stream live and on demand programmes on your phone, and watch shows you've recorded at home when you’re out and about.

The app is live now on Google Play and the Apple App Store.

The app, which follows the launch of Sky’s VR app, comes ahead of the arrival of Sky’s own phone network, Sky Mobile. Further details about the network will be announced later this year, according to the company. Sky Mobile was originally set to launch this year and will use O2’s network in the UK.

Sky recently announced its Q1 results, revealing that more than 100,000 new customers - across UK, Ireland, Germany, Austria and Italy - had joined Sky over the quarter.

There was no word on how many people had signed up for the new Sky Q Ultra HD service, or any viewing figures for Sky’s Ultra HD content.

From this month, all new Sky customers will effectively be Sky Q subscribers, with Sky announcing the Q box will replace the HD box as standard.

Sky Q took home the Award for best set-top box at the 2016 What Hi-Fi? Awards.

MORE: What is Sky Q? How can you get it?