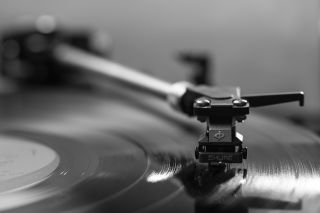 A cautionary tale when scouring the internet for Black Friday vinyl deals or seeking out the perfect Christmas gift online, perhaps: Tommy Boy Records has claimed that Amazon is selling counterfeit vinyl – titles that the record label has never even had pressed to vinyl.

Tommy Boy Records is best known for launching the careers of De La Soul, Queen Latifah, Afrika Bambaataa and more. As reported by DJ Mag, the company president, Rosie Lopez, made the claim at last week's Making Vinyl Conference in Los Angeles: "Counterfeit is another issue altogether. Somehow records that Tommy Boy hasn’t pressed in – ever – are on sale on Amazon, that’s a little concerning."

Issues regarding Amazon and counterfeit music formats were raised last August when, according to details shared by the Recording Industry Association of America (RIAA), roughly 25 per cent of all CDs ‘Fulfilled by Amazon’ were fake - an issue we first covered back in 2016.

"Items 'Fulfilled by Amazon' are sold by a third-party seller, but dispatched to you from an Amazon Fulfilment Centre" Amazon explains on its site. Basically, Amazon's Fulfilled program lets third-party sellers list their products on Amazon's site, with Amazon simply taking a fee and handling shipping.

These reports suggest that counterfeiters have spotted an easy way to list their goods on a massive platform, leaving retailers like Tommy Boy Records unlikely to catch fakes quickly enough.

Amazon has released a statement saying, in a lot of words, that it does its level best to counter any and all attempts to sell counterfeit goods on its site. "Amazon strictly prohibits the sale of counterfeit products and we invest heavily in both funds and company energy to ensure our policy is followed," says an Amazon statement.

But with vinyl on target to outsell CDs for the first time since 1986 and a guaranteed spike in demand for records over Christmas, it seems likely that fakes will continue to show up in online shopping carts. Before you buy vinyl anywhere, we'd certainly check the record was at some point pressed by the label in question...

Now you can buy your own vinyl pressing machine