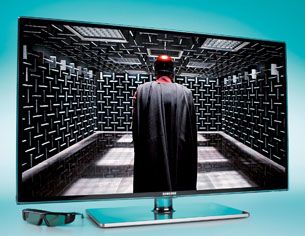 3D TV will "struggle" to take off in the UK and will not become part of mainstream viewing, according to a report by Informa Telecoms & Media in today's MediaGuardian.

Its research shows that 125,000 UK households bought 3D TVs last year and almost 90% of them were "active" viewers of 3D TV programmes.

But while those early adopters were keen to view 3D TV on their new sets, the IT&M research forecasts a patchy future for 3D TV.

While the number of households in the UK with 3D TV sets is expected to climb to almost 11 million by 2016 – about a third of the total number of homes – only 42% are expected to actually use them to watch any 3D programming on a regular basis.

"3D TV has the backing of the major UK broadcasters like Sky and Virgin, and most recently the BBC," says Adam Thomas, senior analyst at IT&M. "However despite this public reaction has been mixed, due to both a lack of content and a simple failure of the public to engage."

"Instead of a unique selling point, 3D is now often marketed as just one of the set's benefits along with features such as internet-connection capability and LED backlighting," adds Thomas.

The BBC will broadcast the Wimbledon men's and women's finals in 3D for the first time this year.