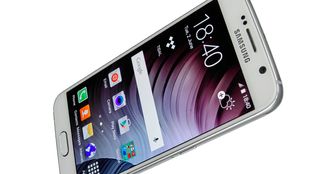 The lawsuit, filed in the US district court in California, alleges that "Samsung chose to conceal the problem from the public... despite knowing the forseeable and predictable risk that the phone may overheat, flame and destruct from the inside, presenting a risk of serious harm or injury," reports The Guardian.

This latest action has been brought by Brandon and Jennifer Covert, who allege his Galaxy S6 Active phone exploded in the couple's bedroom at 2am on 2nd August.

At the time the couple were asleep, and were woken by what their lawyer, Frank Pitre, describes as "a loud explosion, resembling a gunshot". The device was on fire and quickly filled the room with smoke, it is claimed.

Mr Covert tried to smother the phone with a shirt, then ran to the kitchen to drop it in water. He suffered burns to his hands in the process.

Samsung has already had to withdraw its latest smartphone, the Galaxy Note 7, from sale and ended production after multiple instances of the battery overheating and catching fire.

The Covert's lawsuit includes consumer reports highlighting similar problems with other models in the Galaxy range, including the Galaxy S2, S3, S4 Active, S5 and S6. We have asked Samsung for a response and will update this story if we get one.