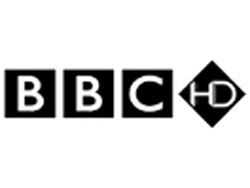 The BBC has confirmed that Freeview viewers will get access to a third channel of HD content during the Olympics.

Freeview HD users will see BBC HD and BBC One HD joined by an HD simulcast of the BBC's Red Button content.

The extra channel has been made possible by some newly-released digital space, says the BBC.

Freeview viewers won't get the 24 channels of Olympics content that Freesat, Sky and Virgin users will get, but they can now enjoy this extra high definition channel.

BBC One HD and BBC HD can be found at Freeview HD EPG positions 50 and 54 respectively.

For ease of navigation, Freeview HD viewers will be able to access the additional temporary high definition service directly via the red button from these channels.

The extra channel will also be listed on the Freeview HD EPG at position 304 with the other BBC Red Button services on Freeview (301 and 302).