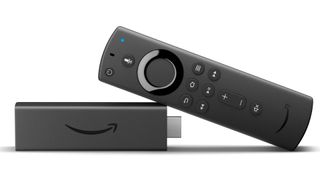 Amazon's Black Friday and Cyber Monday deals on its own Echo and Fire devices have been running for the best part of a fortnight, but we're in the sale's final hours: the deals end tonight at 11:59pm.

The £15 discount on the five-star Fire TV Stick 4K video streamer (making it only £35) is perhaps the stand-out deal of the lot, however there are also healthy discounts on several excellent Amazon devices, including the five-star Fire HD 10 tablet and Amazon Echo Plus smart speaker...

Amazon Echo Show (2nd Gen) £170 Expanding upon the Echo Spot with a larger touchscreen and video and voice calling, the all-new 2nd-gen Echo Show has been ‘completely redesigned’ from the original Dolby processing, a larger (10in) display, Firefox and Amazon’s Silk browser, and an eight-mic array. View Deal

Amazon Echo Plus (2nd Gen) £110 The all-new Echo Plus just received a five-star review from us for its fruitful smart features and splendid sonic ability. As a singular unit, this is as good as we could hope for from a smart speaker at this price.View Deal

Amazon Echo Spot £90 A small, round speaker that looks like a clock, with the same built-in voice assistant and functionality of the Echo Dot, this device has a 480 x 480 pixel touchscreen that gives visual feedback to all your Alexa commands, and a camera for video-chatting. Essentially it’s a mini Echo Show.View Deal

Amazon Fire TV Stick 4K £35 This is simply the best video streamer after the Apple TV - and it's tons cheaper, especially with the £15 discount. The Amazon Fire TV Stick 4K has all the apps you need, supports all current HDR formats and throws in Dolby Atmos. That’s an astonishingly good package for the money.View Deal

Amazon Fire TV Stick 4K and Amazon Echo Dot (3rd Gen) £60 Want quantity as well as quality when it comes to setting up a smart entertainment system? Amazon is offering a 40% saving on this bundle, which combines Amazon's best video streamer with its latest Echo Dot speaker. In stock 24th January.View Deal

Amazon Fire HD 8 £50 You are going to need to really like Amazon and its services for this tablet to make sense, but when it comes down to getting the best performance for your money, this shows budget tablets how it can be done.View Deal

Amazon Fire HD 10 £100 This What Hi-Fi? Awards 2018 winner is another Amazon-centric tablet, but it's a brilliant budget one thanks to its solid picture and sound. It's a fine buy indeed - not least with its third-off discount for Cyber Monday.View Deal

Amazon Fire HD 8 Kids Edition Tablet £90 Not a toy, but a full-featured Fire HD 8 tablet with an 8in HD display, 32GB internal storage (which can be expanded via a microSD card), up to 10 hours of battery life, a 1.3GHz quad-core processor and 1.5GB of RAM. £40 off this Cyber Monday.View Deal

Amazon Fire HD 10 Kids Edition Tablet £150 Similar to the product above but with a larger (10in) 1080p screen.View Deal