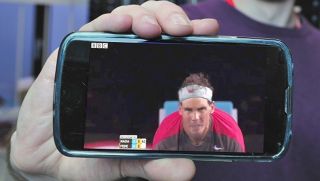 The plans – involving EE, Huawei and Qualcomm Technologies – will see the BBC broadcast live action of the Games to 4G handsets and provide streaming TV to mobiles – but without the buffering.

According to the BBC, the aim is to offer live content to mobile devices in a "consistent quality" and without the interruptions and freezing that can arise when using a conventional network at times of heavy traffic.

The trial is being undertaken to see how the 4G broadcast works in practice and what benefits there are – which is part of a wider initiative by the BBC R&D to investigate future broadcasting methods.

Another innovation being showcased at this summer's Commonwealth Games is live Ultra HD 4K, with members of the public being invited to catch "certain elements" of the Games as they take place.

Like the 4G showcase, the 4K demo is taking place at the Glasgow Science Centre and comes after the BBC trialled live 4K broadcasts of the World Cup via the digital terrestrial network and internet protocol.