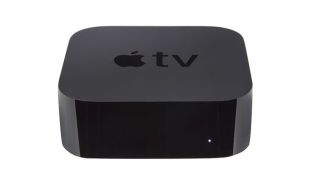 Today's the day Apple's highly anticipated TV Plus streaming service launches, and to celebrate AT&T is offering the Apple TV 4K streamer for half price.

"The best video streamer you can currently buy", as we said of the Award-winning streamer in our review, is now just $90 while stocks last... we wouldn't hang about with this one.

It's the lowest price we've ever seen for the Apple TV 4K, and we doubt it'll even be matched let alone beaten on Black Friday and Cyber Monday either. The bonus? You also get a year's free subscription to Apple TV Plus with your purchase.

Apple TV 4K video streamer $90 at AT&T
The gateway to on-demand 4K HDR movies you've been waiting for, now with extra apps and features... oh and a 50 per cent discount while stocks last. It offers a substantial library of 4K HDR content, strong picture and sound, and loads of apps. An absolute steal.

The Apple TV 4K gives you access not only to the TV Plus service, including all its 4K and HDR content, but also Apple's prolific film purchase and rental service, which has well over 200 titles in its library.

It's also a gateway to other streaming services such as Netflix, BBC iPlayer, ITV Hub, Amazon Prime Video and NOW TV, and voice control, which can be activated using the remote, lets you search for content across several of them.

There's support for Dolby Atmos and Dolby Vision HDR (and HDR10), and 32GB of internal storage. As the Apple TV 4K doesn’t download movies, TV shows or music, but exclusively streams them, the only storage it needs is for the apps themselves.

Movies look great on the TV 4K, and sound-wise "the Apple TV 4K is a clear, weighty and precise performer, with greater punch and dynamic range than the more affordable video streamers that you might be also considering".

The best AirPods deals: cheapest prices ahead of Black Friday