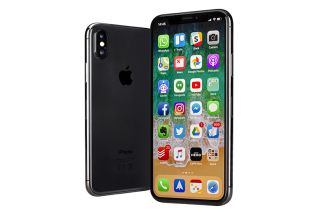 Flexible phone have been on the cards for some time. Samsung and Lenovo have both made prototypes of bendable phones, with rumours of the former releasing one to the market later this year. LG Display confirmed in 2016 it was investing heavily in a new OLED production line for flexible phone screens, too.

Yet we’re still waiting for one to materialize.

Apple, never far from innovation, is reportedly getting in on foldable phone development too, according to Bank of America Merrill Lynch.

The Wall Street firm has said the Cupertino giant is developing a foldaphone with its Asian partners - although we doubt it will be the first to market considering the rumoured release is not for another two years.

"Our checks also suggest that Apple is working with suppliers on a foldable phone (that potentially could double up as a tablet) for launch in 2020," wrote analyst Wamsi Mohan, after meeting with Apple suppliers in Asia.

The 2017-launched iPhone X (pictured) marked the first iPhone with an OLED display, so taking advantage of the material’s flexible characteristics does seem like a natural next step. The race is on.