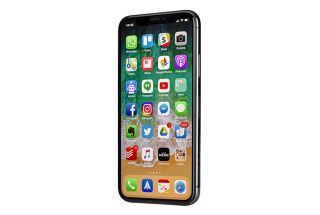 As reported by Bloomberg, Apple is planning on releasing three new iPhone models this year: an upgraded handset the same size as the iPhone X, a less expensive model, and the "largest iPhone ever".

Apple is apparently running production tests of theses smartphones and is expected to announce them this autumn - that's according to (sensibly anonymous) sources.

The iPhone X, although popular, hasn't sold as well as expected since its launch last year. Apple sold 77.3 million iPhones in the final quarter of 2017, but predictions were that 80.2 million units would be in the hands of consumers.

The £1000 price is undoubtedly an issue, so the idea of incorporating its design into a more affordable alternative will probably be attractive. However, will a larger, more expensive version be able to get a solid grip on the market and really push the upper limit of what a smartphone can cost? Only time will tell.

This comes shortly after the news that Apple is also planning on revitalising its AirPods line, with better Siri functionality and waterproofing.

Sonos to end support for CR100 controller from April