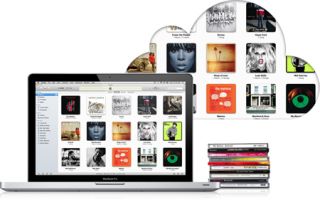 Apple has introuduced its iTunes Match music service in the UK and around the world.

Initially only available in the US, iTunes Match scans users' music libraries and matches and replaces up to 25,000 songs stored on their computer, including CD rips (copies) as well illegally-downloaded material.

If the initial scan finds songs it does not recognise on the user's hard drive, they are uploaded to Apple's servers.

Users can then download or stream the songs held 'in the cloud' to other computers logged on to their iTunes acounts, as well as to iPhones, iPads and other iOS device.

There is a £21.99 annual charge for the service, and songs are streamed at 256kbps in AAC, regardless of the original bit-rate at which they were stored.

Yesterday there were problems with the service. When we tried to log on last night, a message appeared saying that "no new subscriptions were currently available".

However, by this morning the problem appeared to have been fixed.

To subscribe to iTunes match, you need to have iOS 5 on you iPad, iPhone or iPod Touch. Use of the service is limited to a maximum of ten devices and 25,000 songs.