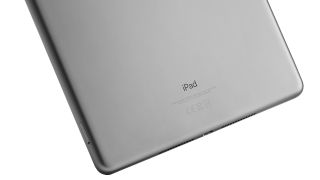 Apple's next-generation iPad and iPad mini will have significantly bigger screens than the current models, according to a new report by Apple analyst and reliable leaker, Ming-Chi Kuo.

As reported by MacRumours, Kuo states that Apple is working on a 10.8in iPad and an 8.5in-9in iPad mini. These new iPads are set to be released in the second half of 2020 and first half of 2021, respectively.

That would mean the screen in the next iPad would be 0.6in bigger than the one in the current (7th-gen) 10.2 iPad, while the new iPad mini could get a screen up to 1.1in larger than the 7.9in one in today's iPad mini. If this rings true, it will be interesting to see whether the tablets will be bigger, or the bezels simply smaller, in order to accommodate those larger screens. We know which approach we would prefer...

Kuo also believes that Apple will, much like the new iPhone SE, come with noticeably more affordable prices. The existing iPad and iPad mini cost £349/$329 and £399/$399 respectively, so fingers crossed we will see prices below each of those figures, too.

The publication quotes the note as follows: "We predict that Apple will launch the new 10.8 inch ‌iPad‌ and 8.5–9 inch ‌iPad‌ mini models in 2H20 and 1H21, respectively. GIS will be the main touch panel supplier. The two new ‌iPad‌ models will follow iPhone SE’s product strategy, and selling points will be the affordable price tag and the adoption of fast chips.

The note doesn't mention mini-LED screen technology, which Kuo had previously said would start appearing in iPads and MacBooks in late 2020. However, Kuo predicted back then that the Cupertino giant would debut mini-LED screens in an iPad Pro and 16-inch MacBook Pro. So it looks like we can expect the next standard and mini iPads to sport LCD displays like the current models.

The next iPhone will look like an iPad, sources claim