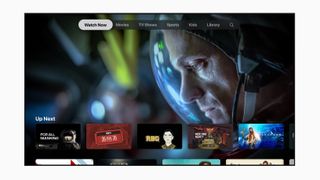 The Apple TV+ catalogue could soon become a lot richer, according to a new Bloomberg report, which states the Cupertino giant is looking to acquire older movies and TV shows to complement its original programming.

Bloomberg sources claim that Apple executives have not only spoken to Hollywood studios about licensing older content, but have already bought rights to some shows and movies.

Apple's Netflix rival is just over six months old and only has 17 titles: 14 TV shows and three films. That sounds more impressive when you realise that every single one is an Apple original, many of which are big-budget affairs featuring big-name Hollywood and TV personalities. But it doesn't change the fact that the big players in the streaming sphere – Netflix, Amazon, Disney and Hulu – have hundreds or thousands of titles to offer.

In our Apple TV+ review, we concluded that "while practically all of the content is worth watching, both in terms of entertainment value and AV quality, there’s simply not enough of it".

Apple has previously refrained from this strategy of buying existing content to expand its catalogue, opting to instead complement the service with its pay-as-you-go film and TV streaming store (one of the best places to rent 4K HDR films). The Apple TV app also acts as a hub for content from a number of other streaming services, including Amazon Prime Video and Disney+.

A more comprehensive catalogue, however, could well see the fledgling service mature from a curio to an essential subscription.

Here's how to watch Apple TV+ shows for free