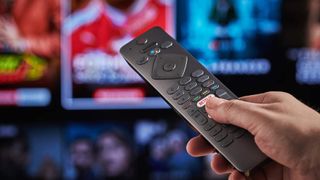 So much time and so little to watch - finding great new films and TV shows on Netflix, Prime Video and other streaming services can become a bit of a bind.

For each hidden gem of a TV series, comes all the digging through the dirt, a tonne of half-watched first episodes and a few good evenings in front of the TV utterly ruined. Instead, wash the mud from your hands and let these five essential apps for your video streaming habit do all the work.

Combined with our guides on some of the very best shows and movies you can stream right now, that should be enough to keep you in quality programming at least for the next few months. Just remember to get some sunshine once in a while - before you get back to the sofa.

If you’re going to sign up to just one of these services, then make it JustWatch. It has a few handy features but the best is its ability to find the content you want and then tell you on which services and at what resolutions you’ll find it - and at what prices too.

For example: you fancy catching up on your Oscar-winners and you search the JustWatch app for Patton. JustWatch then brings up the fact that it’s not available in 4K but you can find it to rent for £3.49 or buy for £7.99 in HD on an assortment of services. It also tells you that it’s currently available to watch for free on Prime Video if you happen to be a member. It’s very useful and saves you a few quid too.

The recommendation engine and watchlist features are also well worth using. The search filters - such as those for IMDb or Rotten Tomatoes scores - are also a great way to dig up new film and TV show ideas.

CheapCharts is an iTunes deals platform. It’s the search filters you need to find films and TV shows by price, so that you can track content you’d like to own or rent and grab it when it’s on special offer. You also get a digest of all iTunes deals at a glance. It’s a great way to save cash while you build a healthy film library.

Beyond just budgets, there are some other nifty search criteria on offer. You can filter by resolution, HDR type, movie rating, genre, production studio and even whether it has Dolby Atmos sound or not - superb if you’re discerning kind of viewer with a high class home cinema. Better still, CheapCharts works for everything on iTunes including audiobooks, music and apps. It’s available in 23 countries and even covers Prime Video and Vudu in the States.

There are a lot of very decent VPN services out there. ExpressVPN is probably the pick of the bunch but the likes of NordVPN, IPVanish and PureVPN are all well worth a look too.

Why do you need a VPN for your video streaming habit? Well, if you’re travelling abroad or stuck away from home for whatever reason, you’ll probably find that Netflix, or whomever, geo-blocks you from the content library that you’d normally be able to access. Instead, you’ll only be able to watch the library available in the country where you currently are. A VPN will be able to spoof your IP address to one that’s actually local to where you live to get around that problem.

ExpressVPN gets our pick because, while also providing a solid core service, you’ll find step-by-step guides and videos on how to install its VPN on just about any device you’d care to mention. So, whether you want to watch using your Apple TV, Chromecast, Samsung smart TV, games console. Amazon Fire TV Stick, Roku or almost anything else, it’s got you covered.

The trouble with subscription video streaming services is their lack of permanence. One minute they’re stacked with all the films from the Marvel Cinematic Universe and then Disney+ comes along. PlayOn is chance to take back a little control. You can use it to record shows and films on those subscription streaming service that you’d like to watch but don’t have time for right now. When you’re ready, you then cast them to a whole host of devices at home.

The PlayOn desktop app allows you to store the downloads locally but there’s also a PlayOn Cloud service where you can keep things remote and then download content to your mobile or tablet as you need. There are free and paid-for versions of PlayOn with features such as removing adverts and scheduled recordings which become part of the package. It’s only available in the US at the moment with Netflix, Hulu, Amazon Video and HBO, so you’ll need a VPN for PlayOn if you’re currently away from home and geo-blocked.

Apart from What Hi-Fi?, it’s hard to know who to trust when it comes to reviews, and with films, the idea of what’s hot and what’s not is particularly subjective. Flick Metrix is a web service which aims to even out that personal opinion and recommend TV shows and films which are guaranteed winners. It does this by acting as a search for all film and TV reviews across IMDb, Rotten Tomatoes, Metacritic and Letterboxd. You can filter by each service individually or by any combination of the four.

Set the sliders to create parameters around critic scores and the numbers of ratings and then out pops a list of results. If that’s still too long, you can narrow it down according to genre, year of release or even by cast or director. No need to watch a duff movie ever again.