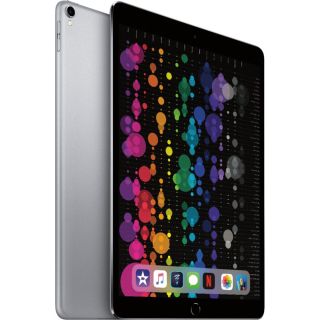 New day, new Apple iPad and iPhone rumours. Ready? Apple plans to release new iPad Pro models with rear 3D sensors as well as a new "iPhone SE 2" in the first half of 2020 – that's according to respected analyst, Ming-Chi Kuo.

In a note to TF Securities investors (and as reported by MacRumours) Kuo said that the new iPad Pro models will gain 3D sensing through a dual rear-facing camera system, which will add an extra camera to the equation (current iPad models have just one rear-facing camera) along with a new augmented reality sensor.

Apple is expected to use a TOF (time of flight) module, which measures the time it takes pulses of light to travel to and from target surfaces to generate a 3D map.

Kuo also said that Apple plans to release a so-called "iPhone SE 2" in the first half of 2020. The new, low-cost iPhone will apparently have a similar feature-set to the iPhone 8, including a 4.7-inch display and Touch ID, but with a faster A13 chip (which Apple debuted in the excellent iPhone 11 and iPhone 11 Pro) and 3GB of RAM.

Prices could start at around $399 (about £310, although no UK pricing was mentioned) with 64GB of storage, and it'll come in Space Grey, Silver and Red, according to Kuo.

Before we start getting ahead of ourselves, it really is important to note that these are rumours rather than stone cold facts. That said, Apple often holds a media event in March, and it is certainly possible that this could be the launching platform for a new iPad Pro and low-cost iPhone, even if iPhones normally launch in September.

It's also worth noting that Kuo could be using the moniker "iPhone SE 2" as a simple reference to Apple working on a new low-cost iPhone. For starters, if the 4.7-inch display is correct, the device certainly would not resemble the 2016 iPhone SE in terms of size – that had a 4-inch display.

When we know more, you'll be the first people we tell...

The best Apple deals ahead of Black Friday