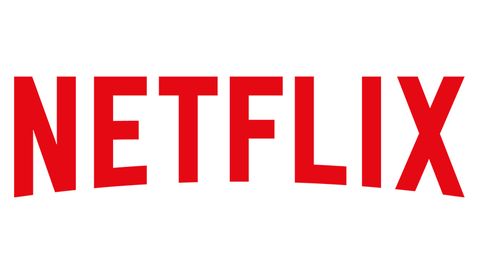 Netflix just keeps on getting better, making a more compelling case for your money at every turn. It’s everything you want from a video streaming service: simple to use, available on your preferred platform and filled with content you want to watch.

Subscription starts at £5.99 per month for standard-definition streams to a single screen. Up your spend to £7.99 per month and get high-def stuff available to watch on a couple of screens.

Or go the whole hog (provided you’ve already gone the entire pig on a 4K Ultra HD TV) and spend £9.99 per month for 4K content on as many as four screens at a time.

It goes without saying not all content is available in HD, let alone 4K.

One of the great pleasures of a Netflix subscription is happening upon classics like The Odd Couple or Dr. Strangelove, and it would be optimistic in the extreme to expect them to represent the state of the technological arts.

But there’s a stack of 4K content available right now, from Breaking Bad to House of Cards, and more will inevitably follow.

And if you have an HDR (High Dynamic Range) compatible TV, there's some HDR content on Netflix too. It's not immediately obvious, as there isn't an HDR section anywhere in the menus, but if you type HDR into the search box you'll find a list of HDR content such as Bloodline, Marco Polo and Marvel's Daredevil. You'll see an HDR or Dolby Vision logo on relevant material.

There's good news for mobile users too. For a long while it wasn't possible to download anything from Netflix to watch offline. Since November 2016, though, content can be downloaded to your phone and tablet to watch, glitch free, at your leisure. You can't download literally everything, but there's plenty of choice and lots of the most popular content is there for you to stick on your device.

Provided your broadband connection is up to the task, it has always been a fuss-free and stable experience, and its broad compatibility a strong sell too.

PCs and Macs, Google Chromecast, any smart TV worth its salt, games consoles, Blu-ray players from all the big brands, tablets and phones, whether iOS, Android or Windows, are all on the menu.

But latterly Netflix has become a content provider too, turning out high-quality programming like House of Cards (the first shot fired in the 4K streaming skirmish), Stranger Things, Marvel's Daredevil and The Get Down.

It may not always be the subscription service to get new releases first – more often than not Amazon Prime has the better of it there – but as a content provider in its own right, Netflix goes from strength to strength.

Ergonomically, things could hardly be simpler.

Aside from the TV app’s rather retrograde A-Z keyboard (rather than QWERTY) search function, it’s straightforward to browse, create a shortlist and enjoy Netflix’s more-hit-than-miss recommendations based on your previous viewing habits.

You can establish multiple user profiles, including parental locks to prevent the kids stumbling onto World War Z or similar.

Whether 4K, Full HD or standard definition, Netflix serves video streams at exactly the sort of quality you expect. Watch a 4K stream like Better Call Saul on a 4K display and it’s prodigiously detailed, vibrant and stable.

Colours pop, contrasts punch and the sheer amount of information available for your enjoyment is thrilling. It goes without saying, but for owners of a 4K TV or, better still, a 4K projector, the £9 per month Netflix option should be compulsory.

Native 1080p content looks accomplished, though obviously the exact amount of detail revealed in dark scenes (for instance) is to an extent dependent on the source material.

Given a fighting chance, though, Full HD stuff like The Lego Movie is vivid, stable and eminently watchable. As regards standard-def stuff, you take your chances.

The majority of decent TVs – and certainly all the screens we recommend – are equipped with effective upscaling engines and won’t make you regret your partiality for schlocky thrillers like Invasion of the Body Snatchers.

If 5.1 audio is available, Netflix will serve it up in the same manner as it does pictures: robustly and positively.

Anyone who has invested in a home cinema set-up (or even a soundbar) will reap the benefits with an altogether more substantial and immersive sound than those who rely on their TV’s integrated speakers.

It’s difficult to think of a downside. Set your mind to it and you can search for plenty of films Netflix doesn’t have.

Sit in front of it for eight hours a day and you’ll eventually run out of things to watch. But for each and every reasonable user, Netflix is an enticing service.

MORE: Amazon vs Netflix - which is better?