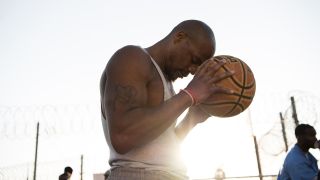 Sport isn’t everything; that much is true. But for billions of us around the world, it's as important an act of escapism as listening to music or burying our noses in a book. And if there’s something a lot of us need right now, it's a few hours to escape.

The sporting calendar has ground to a halt in many countries, and there is no telling when it might resume; but if, like us, you’re feeling withdrawal symptoms, then look no further than this here list.

In this list of ten sports films and documentaries, we have glory and misery, tragedy and celebration, drama and comic relief. Most of all, though, they each highlight what sport means to us around the globe.

In terms of both talent and character, Diego Maradona is an elite in the world of sport. Drama is seemingly never far from the Argentinian’s door, but this documentary series following him during his year coaching Dorados de Sinaloa in the Mexican second division might not go the way you expect.

Brought in to save the club based in Culiacán, home to Joaquín ‘El Chapo’ Guzmán’s Sinaloa cartel, the relationship turns out to be entirely mutual. “It was too crazy to be true,” says director Angus Macqueen. “Maradona, a coke addict, going to the world capital of cocaine.” It’s a reminder, if needed, of the unpredictable life of this footballing great.

Another of Netflix’s own productions, Last Chance U is a story of young athletes taking their shot at redemption after struggles have led to them fall out of top division college football. The first two seasons focus on East Mississippi Community College, whose aspirations are to win their junior college national league under coach Buddy Stephens, before the most recent seasons move on to the Independence Community College of Kansas.

While rooting for those athletes on screen attempting to realise their dreams, as crucial to the story is the teachers and coaches who have given their lives to help provide this last chance.

Directed by Stacy Peralta, a member of the Zephyr skateboard team upon whom the film is focused, Dogtown and Z-Boys takes back to 1970s Southern California when the worlds of surfing technique and skateboarding collided to indelibly evolve the latter.

The film is narrated by Sean Penn, and combines footage shot of the Z-Boys by Craig Stecyk almost half a century ago with contemporary interviews discussing the group’s lasting influence on the sport. A soundtrack featuring Black Sabbath, David Bowie, Devo and Fila Brazilia only further enforces the film’s predictable cool.

There is a wealth of basketball-related content on Netflix – unsurprising really, given it is likely the third most popular sport in the world, after association football and cricket – but Q Ball stands somewhat alone as it follows the lives of the San Quentin Warriors, a team of inmates at San Quentin State Prison in California.

A project kick-started by visits to the prison from Kevin Durant and fellow Golden State Warriors team members, it represents a chance of structure, focus and some redemption. The moving stories of the inmates’ struggle are paralleled only by some stunning cinematography.

A modern classic of a sports movie, Friday Night Lights was on the shortlist to make our 10 best movie soundtracks article thanks to its use of Explosions In The Sky’s gorgeously sweeping post-rock soundscapes.

Set in Odessa, Texas, a town reeling from the effects of the USA’s early 80s recession, this is a story of sport’s unifying good, where a struggling community congregates once a week under the Friday night lights in support of its American football team.

This tragic story gets a little more bizarre pretty much every step of the way. Using previously unseen home video footage alongside contemporary interviews with athletes and their families, Team Foxcatcher charts the story of how the eccentric heir to the Du Pont family fortune funded the US Olympic wrestling team and housed them at a custom-built training facility on his estate.

John du Pont’s mental demise is difficult to watch, fast-forwarded perhaps by the actions or inaction of those around him, but represents a kind of sobering, real-life caricature of sporting obsession.

Killer Inside: The Mind Of Aaron Hernandez

This Netflix production released in January is another bizarre and haunting tale, this time surrounding the conviction of NFL star Aaron Hernandez, jailed for the murder of Odin Lloyd in 2013.

The journey from sports star worth millions to convicted killer is dramatic enough in itself, but a series of revelations over the series’ three episodes paints a picture that grows ever more complex, and ever more heartbreaking. The light and shade of the characters behind the athletes we idolise is rarely so well exposed.

Based on Michael Lewis’s 2003 book Moneyball: The Art Of Winning An Unfair Game, this film adaptation starring Brad Pitt and Jonah Hill is probably largely to blame for the phenomena of everybody now being a statistician and armchair coach –regardless of the sport.

But it says something that its influence has transcended baseball, despite the model of analytics being very much suited to that sport, and the film’s six Academy Awards nominations – including for Best Picture, Best Actor and Best Supporting Actor – are testament to the film’s universal appeal.

Take it from us, this film focused on the 1970s Formula One rivalry between James Hunt and Niki Lauda does not require you being interested in cars to entertain.

Racing does of course feature heavily, and forms many of the film’s most exhilarating scenes, but the juxtaposition of the drivers’ characters and lifestyles – portrayed brilliantly and often rather comically by Chris Hemsworth and Daniel Brül – is as captivating as their actions on the track, if not more so.

Sunderland ‘Til I Die

Sunderland 'Til I Die is proof that a disaster is so often more entertaining to watch than success. Following the North East club in their 2017/18 EFL Championship season, Netflix likely planned to film the story of a side returning to the riches of the Premier League. Only instead of getting promoted, Sunderland finished bottom of the league and suffered the humiliation of back-to-back relegations.

And, in a move surely chosen solely to amuse Newcastle United supporters, Netflix released a second series in April documenting the Mackems’ first season in League One. Think The Office, but at a lower-league football club.