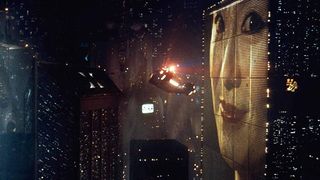 If you really want to see what your brand new 4K HDR telly and AV system is capable of, you will need the best tool for the job - in this case, a 4K Blu-ray disc.

We have selected a variety of films, from nature documentaries to sci-fi films with blockbusting soundtracks, to put your home cinema set-up through its paces.

Whether you want to entertain the family during movie night or simply marvel at the cutting-edge picture quality, slide one of these discs into your system and let the film do all the work.

Ridley Scott's Blade Runner is one of those films that simply must be seen on as big a screen as possible.

The 4K HDR disc is a fantastic representation of the film: sharper and more expressive, with colours that are not just brighter but more intense. The hellish landscape of Los Angeles 2019 - right from that phenomenal opening scene - looks stunningly good.

The Atmos soundtrack offers depth and dynamism, with Vangelis's synth score setting an ominous and spiritual tone for the film. If the goal of 4K is to get closer to the director's intent, then this disc is a fabulous achievement.

The Last Jedi really warrants a 4K TV/projector with a surround package to get the best home theatre experience. The bigger the better.

The quality of DC's film output has been variable, but Wonder Woman serves as a relief from the series' grimdark tone.

Gal Gadot is wonderful as Diana Prince, and this 4K disc is just as good. It delivers a bold, colourful and detailed image that brings out the film's period decor and tailoring.

The Dolby Atmos soundtrack can rumble with the best of them, offering plenty of heft and power to the ample sword fights and gunfire. In contrast, the subdued No Man's Land scene is one of the greatest in recent superhero films.

It's a fine origin story with plenty of light, effusive touches, aided by a great 4K presentation.

The sequel retains the endearing optimism, warmth and gentle humour of the first film, adds in witty and slapstick performances (Hugh Grant is at a career high here) and packs some unexpected emotional punch at a crucial moments.

The Oscar-nominated comic-book film gets a cracking 4K release as Hugh Jackman's Wolverine/Logan bows out in style.

Logan is an unflinchingly brutal, violent and bleak - but surprisingly colourful - film.

Despite the serious subject matter, and going against the grain of dark, cool-toned superhero films, most of the film has a lovely sense of warmth, texture, and richness. It's shot digitally, but Logan has a film-like quality that remains sharp and clear.

The Atmos mix has plenty of bass and detail, too, making for an atmospheric, energetic, and at times moody track.

Sony and Marvel teamed up to reboot Spider-Man again, and the results are very entertaining.

Despite reverting back to Peter Parker's teenage years, it's a fresh and engaging take in which the school scenes are better than the action sequences.

It comes with HDR10 and Dolby Vision HDR to aid the colour palette, and there's a noticeable uptick in detail and sharpness. The Atmos soundtrack is a blast, offering a bassy and immersive soundstage.

A charming, funny film and an appealing take on the character - thanks in so small part to the natural charm of actor Tom Holland - the energy of this movie will really grab your attention.

It's nearly 20 years old, but there's still something so unique about The Matrix that no other film has ever been able to replicate.

If you've forgotten just how groundbreaking and stunning this film is, you owe it to yourself to get it on 4K Blu-ray. Detail is just incredible at times, very sharp and revealing - the epic corridor sequence is an excellent showcase for this.

The intensity of colours is strong: they are deep and vivid in a way that produces a rich, textured look. The green interlaced code of the matrix is brighter, but it's not overwhelming. It's a beautifully balanced picture and in some respects, this is the most natural-looking version we've seen.

We'd happily go down the rabbit hole over and over again if it looks this good.

War for the Planet of the Apes

This trilogy capper is arguably the best of the bunch, as Andy Serkis' Caesar attempts to lead his apes to salvation while trying to curb his need for revenge against Woody Harrelson's Colonel.

Despite being another upscaled-to-4K effort, there's arguably more detail and a greater range of tones on offer. The soundtrack is a precise and subtle affair that opens up the soundstage - especially in Atmos - in a welcoming way.

War may not be packed with action, but it serves as a great conclusion to the series, and to Caesar's story from young ape to inspirational leader.

Director Edgar Wright returns with another kinetic and idiosyncratic film in the music-obsessed Baby Driver.

The real draw is the integration of music into the narrative – Wright cleverly weaves musical motifs with the action on screen, with the film having more in common with a musical than a classic heist film.

To some it may be gimmicky, but Baby is a stylistic, flavourful film and an impressive feat of movie magic.

The Shape of Water

At the centre of this Oscar-winning film is a lonely, mute janitor at a top-secret laboratory, who falls in love with an amphibious creature being held captive.

Unusual, but this has sprung from the inventive mind of Guillermo del Toro (Pan's Labyrinth, Hellboy, Mimic, Crimson Peak) whose imagination runs visually wild while still drawing you in with engaging characters and a story full of pathos.

The Shape Of Water looks ravishing in 4K, bringing the grim 1960s setting and fantastical elements to life with lush detail, beautifully contrasting colours and rich textures. There's no Atmos or DTS:X soundtrack here, but Alexandre Desplat's score is sweeping, whimsical and emotional at turns.

The Shape Of Water is a lovely, uncynical film.That storyline is at the heart of what del Toro aims to achieve: a film that moves past restrictive boundaries but remains a simple love story.

One of the best visual experience available on 4K HDR, BBC's Planet Earth II is a staggering achievement - it travels to the far corners of the planet to uncover the delights of the natural world.

Not only is every single episode full of fascinating stories of amazing wildlife (set in islands, mountains, jungles, deserts, grasslands and cities), the thistle-sharp definition and stunning colours are a credit to the videographer’s camera work and also to the 4K Blu-ray disc format.

And who can forget the tense racer snakes versus baby iguana chase scene: it’s nail-biting stuff that will leave your mouth agape in awe and wonder.

In fact, why are you still reading this? Go out and get this disc pronto.