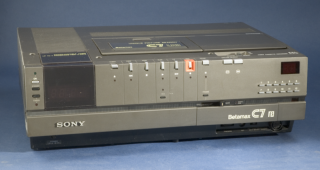 The big news this week is that Sony has finally killed off Betamax. After 40 years, the Japanese company will stop shipping Betamax video cassettes from March 2016. Sony’s Betamax format was first unveiled in 1975, but just a year later, JVC brought in the ultimately more successful VHS format.

Sony stopped producing Betamax recorders in 2002, but it’s taken another 13 years for the company to stop making the tapes.

MORE: What Hi-Fi? Awards: 9 of the most memorable Sony winners

According to Kef, the new colours will make the speakers “compatible with a wide range of contemporary interior designs”.

The new colour options are available now for £800 a pair.

Cambridge Audio has also been devising new colour options for its DacMagic XS. The four new colours are red, blue, gold and titanium, and they are available now priced £100.

The Chord Company has released a new digital cable to its Clearway series, following the success of the Clearway speaker cable at the 2015 Awards. The Clearway Digital is a coaxial cable and comes in a range of terminations, including 3.5mm mono jack, VEE 3 RCA plugs and BNC plugs.

The cable also uses Chord’s ARAY technology, taken from the Sarum Digital cable. The Chord Clearway Digital is available now from £100 for a one metre length.

Noble Audio has invested in Stereolithography 3D printing technology to produce its first range of 3D printed custom in-ear monitors. The new production method means the company can produce pairs faster than ever before at around 10 days.

Noble is offering five pairs of custom-fit earphone models for a new SLA range, with prices starting at £399 and rising to £820 for the 10-driver Kaiser 10SSLA.

MORE: Noble Audio Prestige claimed to be "the world's most luxurious in-ear monitors"

Eclipse has dropped the price of its TD-M1 high-resolution audio wireless desktop speaker system. The system is now available for £799 (down from £999) and comes with a range of features including AirPlay, high-res audio support and digital amplification.

The new Audio On range comes in wired (£80) and Bluetooth wireless (£130) versions. Both have had their sound tuned by the Ministry of Sound’s in-house team of producers and DJs.

Klipsch has a new budget soundbar in the form of the Reference R-4B with wireless subwoofer. The ‘bar houses two 3/4in tweeters and two 2.5in mid-range drivers. Klipsch’s Tractrix Horns technology is onboard, which claims to help decrease distortion and increase dispersion.

The wireless sub features a 6.5in down-firing woofer and is compact in size to fit in most areas. It’s available now for around £260 ($400).

Teufel has produced a pair of headphones with a difference. The TURN headphones are capable of switching between two sound signatures: one for neutral hi-fi playback and one for enhanced bass.

They can be folded away for portability and integrated magnets ensure they stay together. The TURN headphones are available now, priced £150.