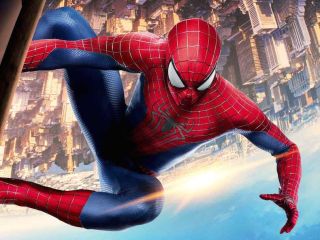 Sony Pictures' first 4K Ultra HD releases will include The Amazing Spider-Man 2, Salt, Hancock, Chappie, Pineapple Express and The Smurfs 2. Those films will be followed by TV content and new film releases.

Among Sony's library of 4K content are older films restored from the original, such as Lawrence of Arabia, Bridge Over The River Kwai, The Guns of Navarone, Taxi Driver, Men In Black, Bad Boys, Ghostbuster, The Fifth Element and Crouching Tiger, Hidden Dragon.

The studio says its 4K Ultra HD releases feature four times the resolution of high-definition and will include High Dynamic Range (HDR) to produce greater contrast and more vibrant colours on HDR-compatible displays.

MORE: Everything you need to know about Ultra HD Blu-ray

The new Ultra HD Blu-ray format will support a resolution of 3840 x 2160, as well as high dynamic range (HDR), higher frame rates (up to 60 frames per second) and object-based immersive sound, such as Dolby Atmos and DTS:X.

Following Samsung's launch of the world's first Ultra HD Blu-ray player in September, further models are expected to be announced at CES 2016 in Las Vegas in January.