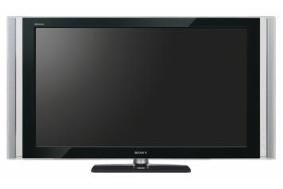 Sony claims the X4500 (pictured) has reduced power consumption thanks to its dynamic LED backlight, smoother motion with its Motionflow Pro100Hz technology and improved picture clarity, colour and contrast provided by its Bravia Engine 2 Pro system.

It's a Full HD resolution 1920 x 1080 screen, with four HDMI inputs and there's a choice of optional speaker covers in Ruby Red or Obsidian Black to replace the standard-fit silver ones. The screen has "a graceful, floating design with translucent frame," according to Sony.

The RGB Dynamic LED backlight is designed to dim momentarily in dark areas of the picture, reducing light leakage for enhanced contrast and deeper blacks.

Like the W4500, the X4500 can connect with other networked devices in your home via DNLA. You can also view your digital pictures by inserting a USB memory stick into the USB port on the side of the TV.

Also new in the Sony line-up are the three W4500 models, available in 40in, 46in and 52in sizes. They also use Sony's proprietary Bravia Engine 2 processing and Motionflow 100Hz technology, and have Full HD resolution.

The W4500 models will be available from September, the X4500 series in October. Prices have still to be confirmed.