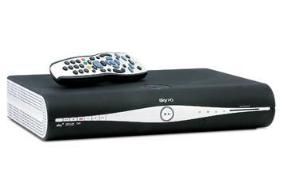 During the months of July, August and September Sky sold one HD set-top box every 30 seconds, bringing the total number of Sky+ HD subscribers in the UK to 1.6 million.

Another HD channel, Sky Movies Indie HD, will be added to the Sky line-up from Monday, October 26th.

And Sky has already confirmed that it will introduce the UK's first 3D TV service, and video-on-demand programmes, in 2010.

See all our 2009 Award winners