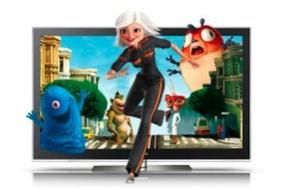 Now sources at the company say that figure has risen to 45m-50m.

If the higher of those two figures is achieved, it would represent a striking 62% sales increase year on year.

The company says the revision has been spurred by growing demand, especially in emerging markets, not least as a result of interest in the 2010 FiFA World Cup.

And Samsung isn't the only company planning big sales boosts this year: LG's sales target is 29m flatscreen TVs this year, up 49% on last year, while Sony is forecasting a 67% increase, to 25m sets.

However, Samsung is clearly determined to reinforce its domination of the global TV market: if it meets its targets, it will outsell Sony 2:1.