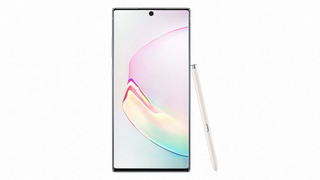 Samsung's stylus-packing Galaxy Note 20 smartphone could hit the shelves sooner than you think – the flagship device has been tipped for an August release date. If true, that would tie in nicely with its rumoured unveiling at the company's virtual Unpacked event on 5th August.

According to ETNews, the first Galaxy Note 20 to hit the shelves will be the more affordable version, said to tote an S Pen stylus, 5G connectivity and a 6.4-inch display that (may) boast a 120Hz refresh rate.

The South Korean news outlet also says that Samsung plans to follow up the release of the Note 20 with two more top-notch Galaxy releases: the Galaxy Fold 2 in September, and the Galaxy S20 Fan Edition in October.

It's certainly unusual for Samsung to release three flagship devices on the trot, but it could be a savvy way to beat the economic slump.

The Fold 2 – complete with folding glass display – is likely to grab headlines around the world, while the S20 Fan Edition – a budget spin on the five star-rated S20 – could tempt buyers who weren't able to stretch to the full-price S20.

As yet, there's no word on when the rumoured Galaxy Note 20 Plus/Ultra – said to feature a whopping 6.9in display – will be released.