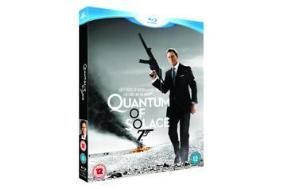 On its first day of release on Monday (March 23rd), Quantum of Solace sold 522,926 units on DVD and Blu-ray combined. Around 10 per cent of those sales were on Blu-ray.

Check out our review of the Blu-ray disc on The Leisure Lab.